Our Mother of Sorrows

There is a Place for You Here! 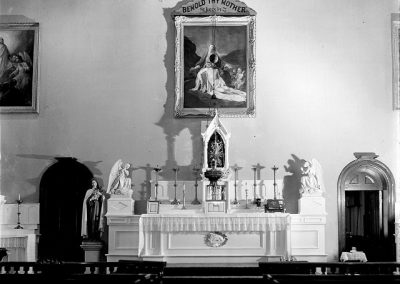 Our Mother of Sorrows altar on Paddy Hill in Greece 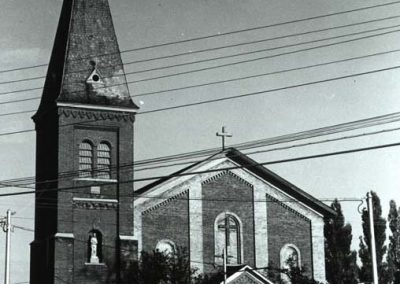 Our Mother of Sorrows 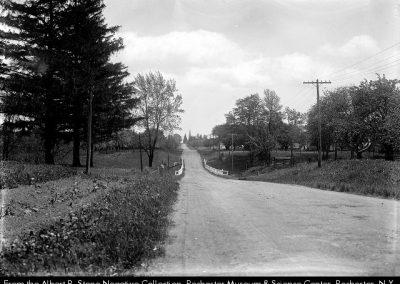 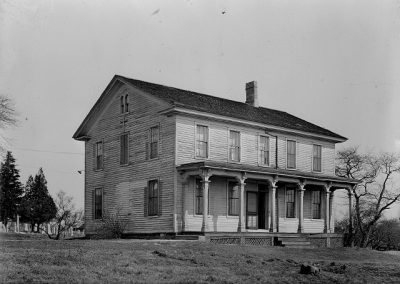 Original 1829 building of Our Mother of Sorrows Church in Greece 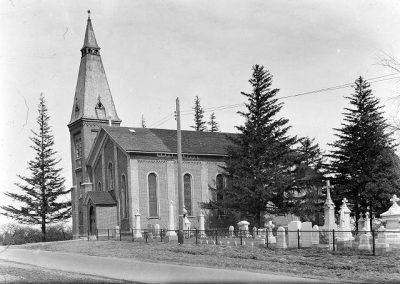 In 1829, construction was begun on a church at Paddy Hill in the Town of Greece by a small Irish Catholic community. Dedicated to St. Ambrose on February 5, 1832 by Fr. Frances O’Donoghue, it was the first rural Catholic Church in New York State. Regular Sunday Masses began in 1841 under the spiritual care of Fr. Dennis Kelly, who also had charge of parishes in Scottsville and Brushville (near Mt. Morris). Fr. Joseph Bioggio was appointed first resident pastor in 1849. Fr. John Maurice was the next pastor (1856-1895). It was during his pastorate that the church on the corner of Latta Rd. and Mt. Read Blvd. was built in 1859. In September of 1860 the parish was named in honor of Our Mother of Sorrows. The title could also be Mother of Parishes, since from it, sprang Holy Cross (1863), St. John the Evangelist (1865), Our Lady of Mercy (1957), St. Lawrence (1959) and St. Mark (1964).

Fr. Daniel O’Rourke was pastor (1929-1961), and it was he who got the ball rolling for the Parish Centennial on June 8, 1930. Bishop O’Hern celebrated the Mass in the Church while most of the 5000 people heard Mass in the cemetery south of the Church. Gov. and Mrs. Franklin D. Roosevelt came to participate in the festivities.

The parish grew with Greece and in 1946, the Sisters of St. Joseph arrived to staff the school with Sr. Agnes Cecilia Troy as the first principal. The present school was built in 1953. Prior to that, classes had been held in the convent and a Quonset hut. A new convent was opened in 1958. Fr. George Wood, assisting on weekends since 1956, became pastor in 1961 and campaigned for a new church that was built and dedicated by Bishop Sheen on September 22, 1968. Fr. Thomas Statt, who succeeded Fr. Wood in 1981, was pastor until June 2000. Fr. Alexander Bradshaw was pastor from June 2000 until June 2012, he made significant improvements including a major renovation of the worship space, upgrades to the parish buildings and utilities, and introduced Stewardship throughout the parish community. On September 12, 2004, Our Mother of Sorrows celebrated 175 years of development from a small, rural church to a large suburban parish at a Mass at which Bishop Clark presided. The church had been renovated for the anniversary with much improved acoustics and appearance. Our current Pastor Reverend William Coffas came to Our Mother of Sorrows in 2015.

Here are the Archangels from the 8 Stained Glass Windows that are on the two sides of the Church. If you look, you can see that one is repeated.

Also, the Stained Glass windows on the Altar.

The Catholic Church in the Roman Rite only explicitly names 3 archangels: Gabriel, Michael and Raphael. Gabriel and Michael are the only two named in the New Testament of the Bible. However, the same passages that name Raphael in the book of Tobit also states that he is “one of the seven who stand before God.” The other names can be derived from traditional Jewish teaching. The Catholic Church suppressed the names of the other Archangels during the First Council of Nicaea. However, in the Byzantine Rite and other eastern rites of the Catholic Church, there is a popular devotion to the seven archangels: Michael, Gabriel, Raphael, Uriel, Jegudiel, Raguel, and Selaphiel.

There are three Archangels who are better known as they are mentioned Sacred Scripture they are Michael, Gabriel and Raphael

Michael (Carries a sword or Eucharist)

Jegudiel (Crown or Fl Sword) Whose name means  “WHO is like unto God?” “Praise of God”  – Patron of the Holy Eucharist. Patron of the Sacrament of the Sick

Uriel (Book or Scroll) Whose name means “Fire of God” “Flame of God,” “Light of God,” or even “Sun of God.” – Patron of the Sacrament of Confirmation

Agony of Jesus in the Garden The Crucifixion

Scourging at the Pillar Taking down of Jesus

Carrying of the Cross

1861 installed painting of the Pieta – obtained from Rome through Cardinal Gaetano Bedini. The head of the Vatican’s Propaganda Fide.

1878 white marble statue of Our Lady was set in the niche of the tower’s façade.

Paddy Hill and the Underground Railroad

There are several houses across the street from Latta Road which were part of the Underground Railroad, and housed refugee slaves as they traveled further north. I am unsure of whether or not any of the original houses still stand – that would make an interesting future blog. It is believed that there was a literal underground tunnel that lead from these houses across Latta Road to the basement of the Paddy Hill Church. There is very little research out there regarding the connection between the Underground railroad and this particular church, and the supposed entrance to the tunnel in the basement of the church is mostly speculation. However there is good reason to believe that such a tunnel may have existed due to the proximity to the UGRR houses just across the street.